Personal injury may be caused by a person acting with the deliberate intent to injure another person. This kind of conduct may be referred to as “malicious,” “purposeful”, or “knowingly.” A person who acts intentionally and causes harm as a result will be liable for the harm caused. 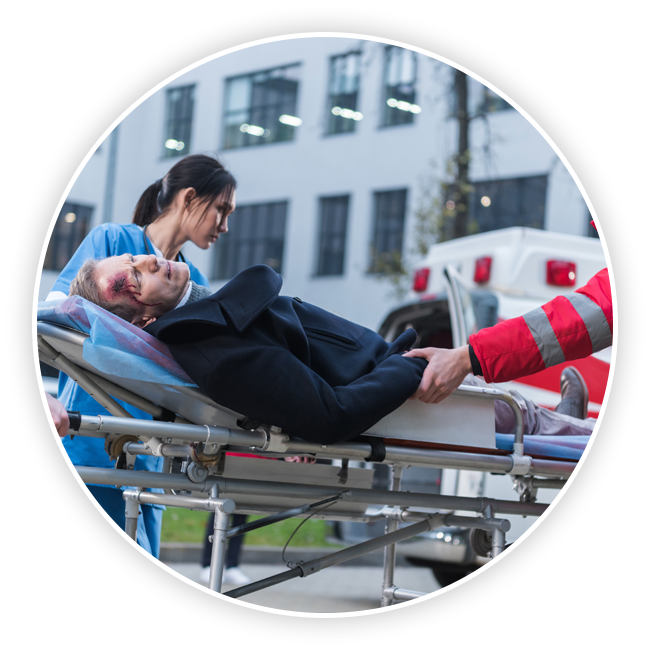 Among the most common intentional torts that are encountered are the following:

Boca Raton Personal Injury Lawyers Are Here to Assist You

In all matters involving personal injury it is essential that measures be taken promptly to preserve evidence, investigate the incident in question, and to file a lawsuit prior to the deadline imposed by the statute of limitations. If you or a loved one is a victim of personal injuries, call Brotman Nusbaum Ibrahim & Adelman now at (888) 661-6266 or contact our office using our contact form. The initial consultation is free of charge, and if we agree to accept your case, we will work on a contingent fee basis, which means we get paid for our services only if there is a monetary award or recovery of funds. Don’t delay! You may have a valid claim and be entitled to compensation for your injuries, but a lawsuit must be filed before the statute of limitations expires.

Personal injury law protects your right to control what does or does not touch your body. An assault is an act, or threat to act, that is intended to put a person in fear of imminent non-consensual physical touching. The tort of assault protects people from the fear that they will be physically harmed. Actual physical contact is not required, and in fact, if there is physical contact, the assault becomes a battery.

Note that this is different than what many people are familiar with in the context of criminal law, where assault and battery are terms that are defined by specific criminal legislation, which defines the criminal penalties imposed for engaging in certain acts, rather than the right to monetary recovery which is governed by personal injury law.

Example: If you intentionally throw a rock at someone, and the person sees the rock being hurled toward him and is in fear of being hit, you would be liable for the tort of assault. If the rock actually hits him, the assault becomes a battery. In this example, obviously the tort of battery has greater potential liability than the tort of assault. Note that if you did not see the person and threw the rock where he was standing, there would be no assault since there would be no intent on your part. In that event, if the rock hits the person you could be liable for negligence, but not battery.

Battery is the intentional, non-consensual, harmful or offensive touching of another person, either by or put in motion by the perpetrator. For example, someone commits a battery if he intentionally hits another person either with his fist or with an object thrown by him. For a battery to occur, the wrongdoer must make actual physical contact with the person (or with an object connected to the person, such as clothing, a purse or the chair in which the person is sitting). Battery includes not only contact that causes physical harm, but also contact that is offensive or insulting. For example, spitting in someone’s face is a battery, as is any other contact brought about in a rude and offensive manner.

Conversion is an intentional interference with another’s possession or ownership of property that is significant enough such that the interfering party is required to pay for the property’s full value.

Example: Sam borrows Mike’s lawnmower but never returns it despite Mike’s requests. Sam will be liable to pay damages to Mike under the theory of conversion. Note that this is a civil remedy which differs from any penalty imposed upon Sam under the criminal law of theft.

The truth is a defense to defamation. Call Brotman Nusbaum Ibrahim & Adelman if you have any questions regarding defamation of character.

False imprisonment is the unlawful detention or restraint of another’s freedom of movement, for any length of time, without justification or consent. There are four principle elements in a false imprisonment claim:

Fraud occurs when someone intentionally makes false statements to induce another person to engage in certain conduct or give up something of value. For example, if a store sold you what they claimed was a diamond ring, and you later find out it is worthless cubic zirconium, you would have a claim of fraud against the store. Misrepresentation occurs when one person makes a false statement (or impression) with the intent to deceive another person. The requirements to establish misrepresentation are similar to those required to establish fraud, and there are a number of elements that must be proven in order to recover damages in these types of cases.

The tort of intentional infliction of emotional distress is committed when one engages in extreme and outrageous conduct that is intended to cause, and does in fact cause, severe mental anguish and distress in a victim. What constitutes “outrageous” conduct is determined by deciding whether a reasonable person of “ordinary sensibilities” would feel extreme distress under the circumstances. If the perpetrator knows, however, that the victim is a highly sensitive person, the standard for determining outrageousness is lowered. In order to recover damages in this type of case, the plaintiff must show physical manifestations of distress or some other non-psychological damage (such as loss of wages).

Example: A man threatens that if you, a garbage collector, do not pay over part of your garbage collection proceeds to he and his henchmen, he will severely beat you. Since the man’s conduct is extreme and outrageous, and since he has intended to cause you distress (which he has succeeded in doing), he is liable for infliction of mental distress.

“Chattel” refers to items of personal property such as a car, pet or jewelry. A wrongdoer commits trespass to chattel if he or she intentionally possesses someone else’s property without their consent–even if only for a brief period of time. Courts require that some sort of actual harm results from the trespass to chattel.

Example: If you take your friend’s new car for a joy ride without his authorization and during the course of your ride you dent the back fender, you have committed a trespass to chattel.

The law recognizes that owners of property have inherent rights, perhaps the most important being the right to the “exclusive” use of their property. A defendant will be liable for trespass if he or she enters the plaintiff’s property without the plaintiff’s consent and interferes with the landowner’s exclusive right to use the land.

For example, a burglar who intentionally enters someone’s home commits trespass. On the other hand, if you have an unexpected epileptic seizure while driving your car and end up driving across someone else’s lawn – causing damage to the property – you are not liable for trespass.

Contact us today to learn more about our catastrophic injury response team and how we can help you recover the damages you deserve.