What You Need To Know

Pesticides are widely used throughout the United States in non-agricultural settings, including inside homes, outside homes, and in offices, schools, and recreational areas. Over 100 million pounds of pesticides are applied on lawns alone every year. The use of lawn care pesticides is increasing at about 5 to 8 percent annually. In fact, four times as many pesticides are used on home lawns as are used to grow food crops.

All pesticide products – whether used in lawn care, household fumigation, pet care or in personal-care products like insect repellents – contain substantial amounts of inert ingredients that are harmful to your health. Small amounts of some pesticides can cause eye and skin irritations, damage to the nervous, hormonal and immune systems, cancer, and even death. Despite this, large quantities of pesticides are used in the United States every year. 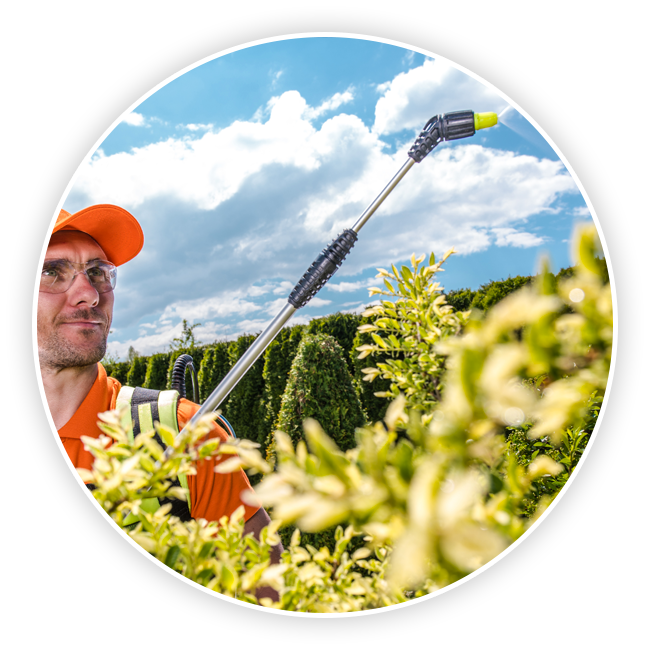 Out of the 26 most widely used pesticides in the u.S.,12 are classified as carcinogens by the epa.

Pesticides have a variety of effects on reproduction. In exposed people, some pesticides cause birth defects, some cause miscarriages, some cause babies to be small, and others decrease fertility. Reproductive effects can occur in males, females, or both

As with cancer, perhaps the most striking statistics are the sheer volume of pesticides used every year that have harmful effects on reproduction. Of the 26 most commonly used pesticides in the U.S., 9 have harmful effects on male reproduction (causing sperm abnormalities, reducing sperm production, disrupting male hormones, and damaging male reproductive organs, mostly in laboratory tests). Most of the 26 commonly-used pesticides have also caused decreased pregnancy success in laboratory tests. Miscarriages, a reduction in the number of living offspring, and reduced birth weights are common problems.

One widely used pesticide, chlorpyrifos, has been a recent focus of litigation. Every year 30 million pounds of chlorpyrifos are sprayed into American homes, businesses and fields. Chlorpyrifos kills pests by disrupting normal nerve transmission, inhibiting an enzyme in the insect’s nervous system. In humans, chlorpyrifos can cause headaches, blurred vision, nausea, convulsions, flu-like symptoms and even seizures. In extreme cases, it has been linked to quadriplegia, genetic damage, birth defects, immune-system abnormalities and death.

From 1985 to 1992, 25,995 cases of chlorpyrifos exposure were reported to the American Association of Poison Control Centers. Data collected by the AAPCC in 1997 showed that chlorpyrifos exposures averaged 3,000 per year. Data also shows that chlorpyrifos has the most life-threatening medical conditions of any organophosphate pesticide on the market. People exposed to significant quantities of chlorpyrifos have suffered seizures, and learning disabilities. Terminix has faced several lawsuits in excess of $100 million for using chlorpyrifos. Pesticide claims can be brought on grounds of negligence, strict liability, failure to warn, and breach of warranty.

Infants and children may be especially sensitive to health risks posed by pesticide poisoning for several reasons:

Exposure to pesticides may harm a developing child by blocking the absorption of important food nutrients necessary for normal healthy growth. Another way pesticides may cause harm is if a child’s excretory system is not fully developed, the body may not fully remove pesticides. Also, there are “critical periods” in human development when exposure to a toxin can permanently alter the way an individual’s biological system operates.

For these reasons, and as specifically required under the Food Quality Protection Act (1996), EPA carefully evaluates children’s exposure to pesticide residues in and on foods they most commonly eat, i.e., apples and apple juice, orange juice, potatoes, tomatoes, soybean oil, sugar, eggs, pork, chicken and beef.

EPA is also evaluating new and existing pesticides to ensure that they can be used with a reasonable certainty of no harm to adults as well as infants and children. According to data collected from the American Association of Poison Control Centers, in 1995 alone, an estimated 79,000 children were involved in common household pesticide-related poisonings or exposures in the United States. An additional 19,837 children were exposed to or poisoned by household chlorine bleach.

A survey by the U.S. Environmental Protection Agency regarding pesticides used in and around the home revealed some significant findings:

EPA regulates pesticides in the United States under the pesticide law (the Federal Insecticide, Fungicide, and Rodenticide Act).

Since 1981, the law has required most residential-use pesticides with a signal word of “danger” or “warning” to be in child-resistant packaging. These are the pesticides which are most toxic to children. Child-resistant packaging is designed to prevent most children under the age of five from gaining access to the pesticide, or at least delay their access. However, individuals must also take precautions to protect children from accidental pesticide poisonings or exposures.

In all Toxic Tort cases it is essential that measures be taken promptly to preserve evidence, investigate the incident in question, and to enable physicians or other expert witnesses to thoroughly evaluate any injuries.

If you or a loved one is a victim of injury caused by a toxic substance, call Brotman Nusbaum Ibrahim & Adelman now at (888) 661-6266 or CLICK HERE TO SUBMIT A CASE FORM. The initial consultation is free of charge, and if we agree to accept your case, we will work on a contingent fee basis, which means we get paid for our services only if there is a monetary award or recovery of funds. Don’t delay! You may have a valid claim and be entitled to compensation for your injuries, but a lawsuit must be filed before the statute of limitations expires.

Contact us today to learn more about our catastrophic injury response team and how we can help you recover the damages you deserve.